Last night in Vienna [January, 2015] was cold and windy and rainy however this morning the sky was blue. I took the underground metro to the west train station so I could walk down Mariahilferstrasse to the Museum. This is a very beautiful street lined with shops. On this morning walk I discovered the church of Mariahilferkirche. It dates from the 17th century. At the time of the second Islamic siege of the city, this area was devastated. Once the Turks were defeated in 1686 the church was built and continued to be expanded on into the 18th century. The left tower houses a 4.5 ton bell. In front of the church is a memorial to Joseph Haydn who lived in this district. 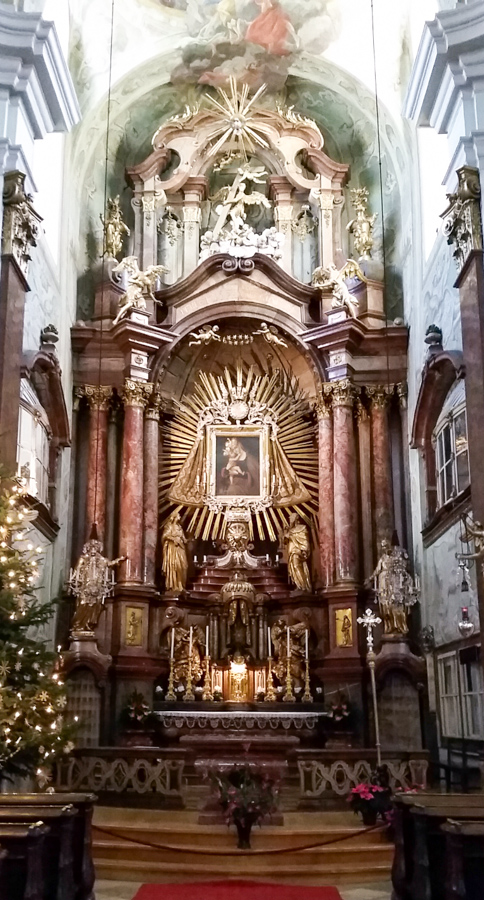 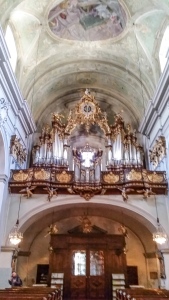 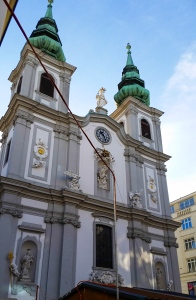 The Franciscans have a church in Vienna. 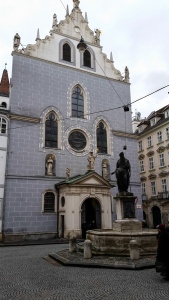 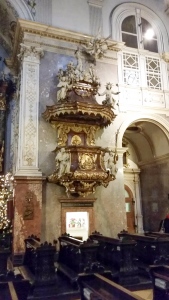 The Votive Church is a neo-Gothic church on the Ringstrasse. 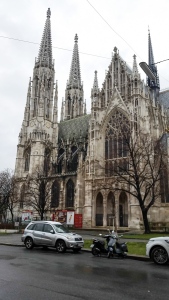 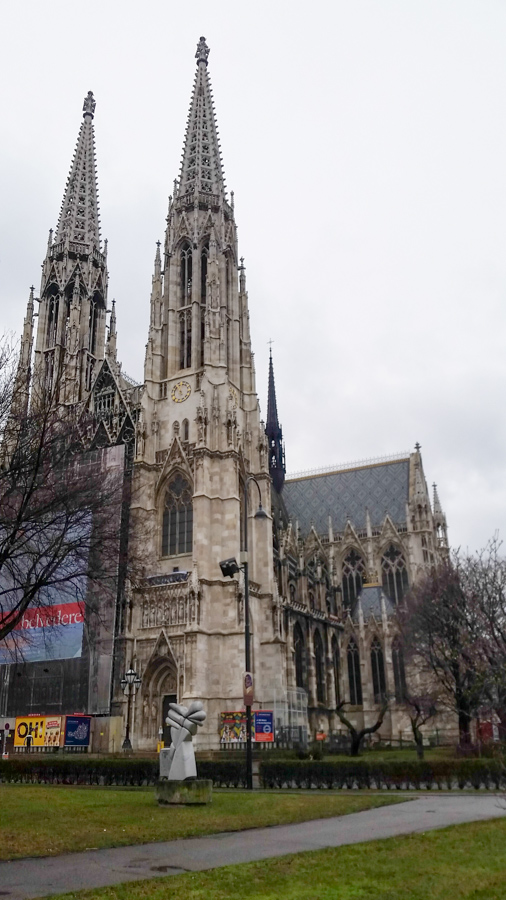