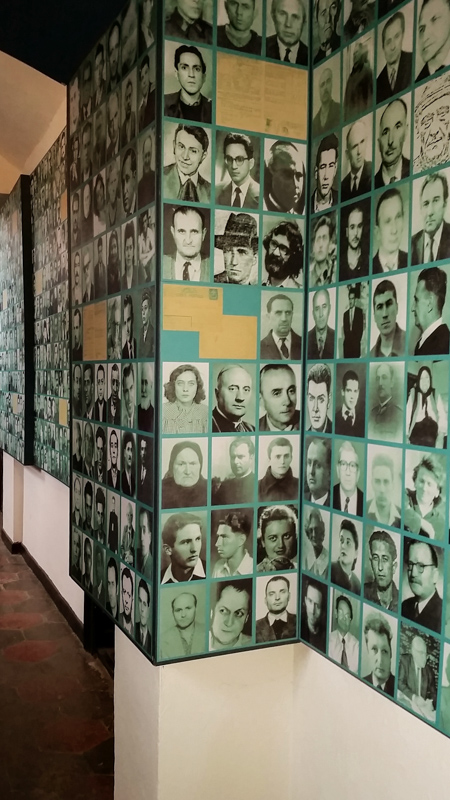 The walls were covered with pictures of victims of the terror and I noticed how many priests and bishops and religious were on the wall with those who witnessed to freedom. Our presentation in the USA often underestimates how the Church resisted both Nazism and Communism. I did not realize the extent of the resistance until I have visited these museums and seen memorials in churches. Maybe because they are understated and hidden but then perhaps that is the greatest witness. 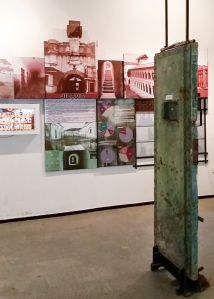 The experience of such terror made me think about the 20th century that has been the bloodiest century that humanity has known and the most irreligious as well. It is hard to comprehend that the Communist butcher Stalin butchered over 20 million alone.

Then from 1939 to 1945 in WWII 50 million lives were lost, so many by the cruelty of the Nazis who imprisoned and murdered perhaps 6 million Jews and 5 million non-Jews. And, as Pope Francis recently referred to, the Armenian genocide.

Millions more in the Chinese civil war then add 90,000 American lives the Korean and Vietnam wars claimed, the millions that Pol Pot claimed and the millions in Nigeria and the Communist Derg in Ethiopia, and add the poison gas in WWI and the saturation bombing of WWII and such firestorms as Dresden, all this came to mind as I walked through a powerful museum memorial to those who suffered under Communism. Just a quick calculation is sobering in that the 20th century was the most barbaric and most irreligious century the world has experienced and our cultural elites insist religion is the main source of violence.

That is absolutely a thought driven by ideology and not reality.

I pondered so much that day. My guide said the Communists practiced what they called deportation. If you had a home they would evict you, take you to the middle of nowhere in burning heat and say good luck.  The inhumanity of it all, by a system that hated religion and did all it could to stamp it out.

As I looked at the pictures of all those clergy and Christians who resisted (for example, Father George Calciu) I stepped back for a moment and said a prayer through the intercession of Saint Vladimir . We saw a huge picture of him and my guide remarked that he admired him. I admire him as well and did not even know he existed until about a week ago.

Santiago is Spanish for St. James the Greater, apostle of Jesus and son of Zebedee. By tradition his remains are interred in the crypt of the cathedral at Santiago de Compostela, Spain.

There are three images of St. James on the camino and, indeed, in all of Spain: St. James as apostle, as pilgrim and a Matamoros (or killer of the Moors). It is this last image that is more controversial and the image I want to address.

St. James as Matamoros is portrayed in images with Santiago on a horse wielding a sword. Most time on the ground around him, taking the force of the sword, are Moors (adherents to Islam). The image has become distasteful to some people not only because it portrays a saint being violent but because it would seem to project Muslims in a negative light. In the cathedral in Santiago flowers have been placed around the statue so that you can see St. James and his horse but not the Moors below him.

The objection to this image seems to me to be a misunderstanding of the context. The action portrayed of is not one of aggression but defense. St. James arises under this title at a time when the Moors were conquering Spain. The Moors came as warriors, putting the Christians to the sword and decimating the churches and the Christian culture of the Spaniards. It is said that in a battle when Christian troops were greatly outnumbered, a heavenly warrior on a white horse fought the Moorish soldiers leading the outnumbered Christians to a decisive victory that turned the tide and lead to the reclaiming of Spain.

I would suggest that there is value in reclaiming St. James if not as “Matamoros” as Defender of Christians. The recent events around the Islamic State in Iraq and Syria (ISIS), their threats to bring their terror to other countries as well as other extremist groups that arise – often focusing on Christians – suggests to me the need to revive the notion of St. James as our heavenly defender. In no way do I want to see a stance of aggressive violence toward Muslims, yet it may come to a point where Christians will have to defend ourselves from attack, from any source. This image proves that we have a right to defend ourselves from such aggression, indeed a duty. We also have a saint to which we can appeal.

Through the intercession of St. James, may Christians be protected from all forms of violence against us.

Santiago, defender of Christians… Pray for us. 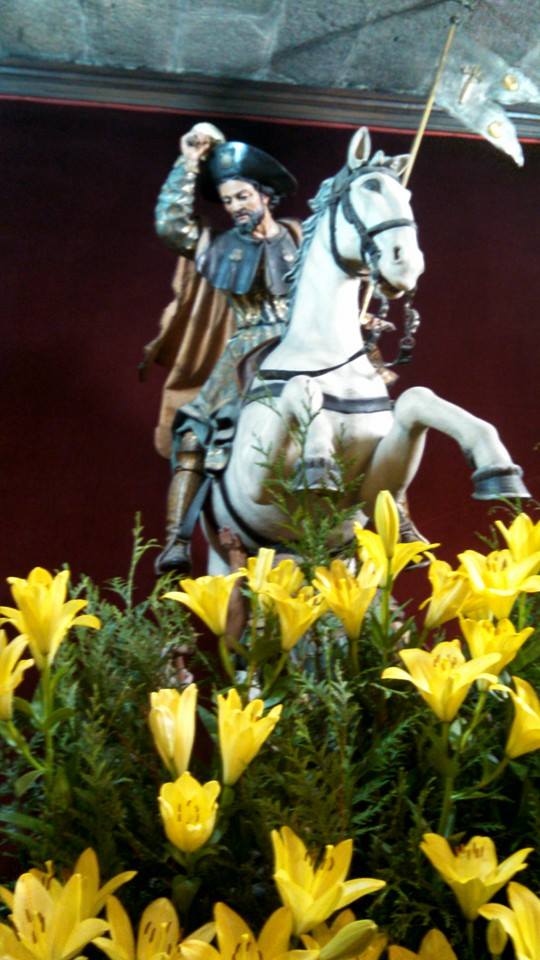 All of Europe protested the assassination of Archduke Franz Ferdinand and Duchess Sophie. Who could not sympathize with the aged Emperor Franz Josef, who had suffered so many tragedies in his life and now had to bear with the loss of his heir? Such an outrage demanded justice, and few European leaders would have blamed Austria-Hungary for seeking it.

But, besides the murderer himself and the Black Hand, who was responsible for the archduke’s assassination?

The Opening Campaign of the Spanish Civil War

The fall of the monarchy gave hope to socialists, anarchists, and other radicals that they could at last take revenge…

These brief insights into historical moments that continue to shape our history, are drawn from the Catholic Textbook Project . This history curriculum will be implemented in the parish school this fall (2014). They are written so well that they will interest even those who “aren’t interested” in history.

“We must shoot them all tonight.”

At about midnight of July 16-17, 1918, Nikolai Romanov, the deposed tsar of Russia, and Aleksandra Feodorovna, his wife, were awakened and told to dress quickly…

These brief insights into historical moments that continue to shape our history, are drawn from the Catholic Textbook Project . This history curriculum will be implemented in the parish school this fall (2014). They are written so well that they will interest even those who “aren’t interested” in history.